Trump Campaign may trigger your PTSD symptoms and your eating disorder 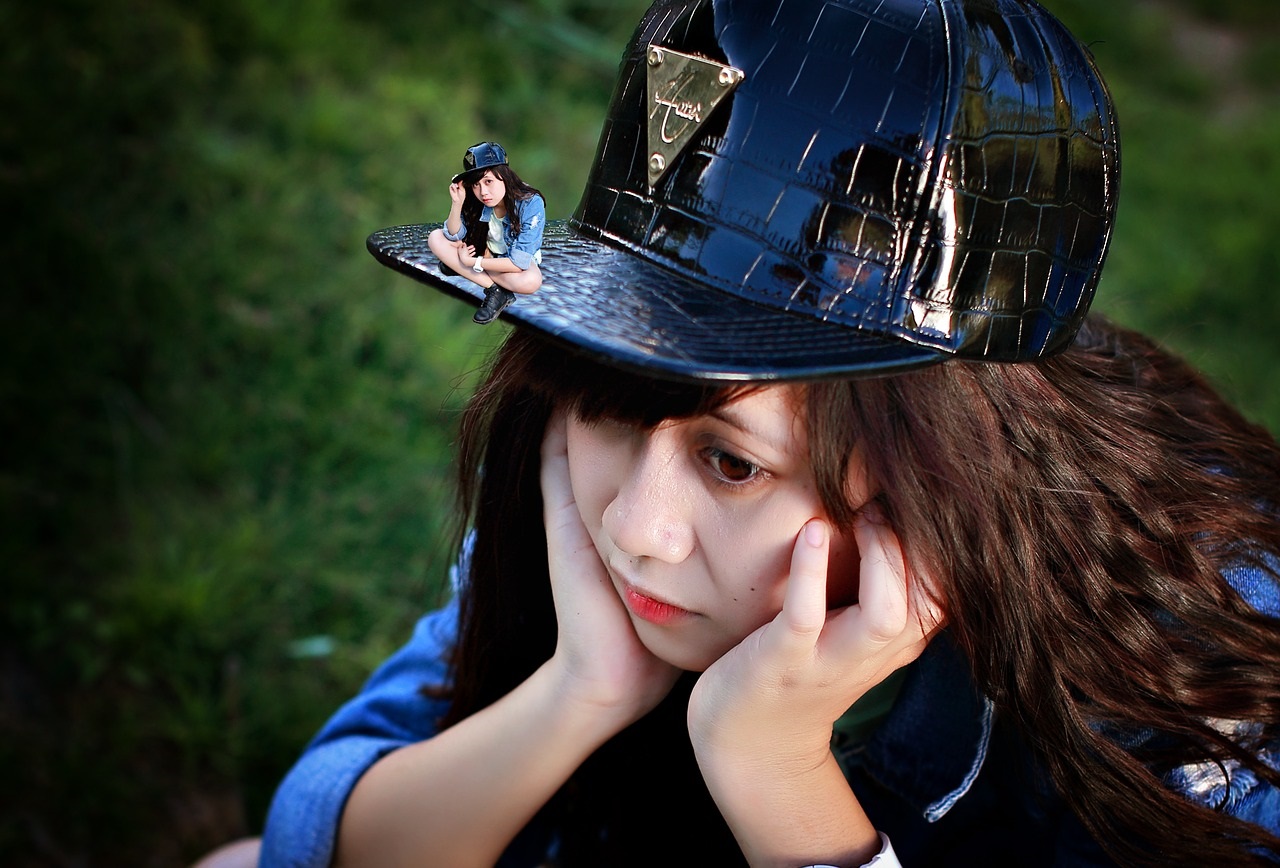 The Trump Campaign may be may be awakening your PTSD symptoms. It may be triggering your eating disorder.

A large, bullying, arrogant man in a position of wealth and power who feels entitled to experience or own anything he wants is parading through the media blatantly derogating, belittling, humiliating, insulting and sexually molesting women through his words and actions.

If you have a history of being dishonored in any of these ways, Donald Trump's words and non verbal actions we see through media and hear him describe, might well be the cause of your reliving your personal traumas now. You may know this and feel it. Or you may be oblivious to how his sneering, stalking, descriptions of accosting women and invading their private dressing room to see them naked have pushed you to resort to your old methods of distracting or numbing yourself to avoid your pain. His attacks on other groups of people, like the military and their families and Muslims may also do this. God help you if you are a woman of Muslim heritage in the United States military.

Let's look at what might be happening to you now.

12.       Are you frustrated with feelings of helplessness?

13.       Are you developing a skin condition, headaches or experiencing diarhea?


These symptoms could be fear reactions based on the experience of seeing a man close to becoming the leader of this country act out before the public his sexually exploitive and abusive ways.

Worse, you are also seeing thousands of people cheering him and supporting him. That can translate to you as seeing thousands of people approving your being assaulted physically or emotionally or spiritually. Any group that Trump targets with his bullying and hate filled attacks can be reminded by the approving crowds of past vile dictators who destroyed millions of people once that dictator assumed power. This can cause a huge fear reaction in you.

More specifically, you may well be remembering sexual abuse and abuse of power directly. You may be emotionally experiencing it again as if it were happening now. Your personal bullies and abusers may not be in your life now, but a bullying  abuser is acting out now. Seeing abuse of power is a violation. Seeing sanctioned abuse is horrific and terrifying.

I'm a psychotherapist who works with women suffering from eating disorders. To me, that is much more than sitting with patients in scheduled appointments.  It's much more than establishing normal and healthy eating patterns.

Recovery is certainly about healing, developing, growing and getting strong and free in this world.

This is a huge undertaking when we live in a rape and bullying culture where thousands or millions of people, men and women, accept and cooperate with the vicious, sneering, cat calling, ridiculing, contempt and exploitation girls and women experience throughout their lives.

This ugly presidential campaign has lifted a huge rock of silent cooperation composed of entitlement and certainty that women are body parts to be played with, taunted, criticized and shared with titillating jokes in a trailer or any other cluster point where abusers feel powerful and safe.  The rock is up and the extent of the betrayal of girls and women in this country is wiggling around, its sliminess exposed.

Please know that this presidential campaign can be a powerful force for your healing and for making our culture more respectful you, of all our people and especially women.

Watch denial fall. Watch powerful Republican politicians finally confront their collusion with crimes against women.  Watch Hillary Clinton stand up to a bully and watch her keep her mind and stance clear while a predator looms behind her, stalks her and tries to intimidate her.

Have you been in that position? Do you remember when someone bigger, more powerful and in authority intimidated you for your mind or body? That behavior is being exposed now.

So much has been discussed about this disgusting scornful conversation that showed men delighted in sexually objectifying women and showed a sharing sexual titillation while discussing Ms. Zucker.

Supposedly this conversation happened in private, and Ms. Zucker didn't hear it.  But I ask you, have you been in the position where a man or a group of men acted toward you as if they had intimate knowledge of you? Could you feel in your skin a crawling sensation almost as if you remembered or knew they had been all over you. Did you notice with your body senses that they shared a jovial camaraderie with each other as if they had sexual knowledge of you?

You've felt it when a group of men jeer, make comments about your body or make lewd expressions with their hands or their tongues as you walk by.

But you've also felt it in the halls of your school, in the office where you work and perhaps in your own home with friends or relatives.

And, on top of all that, when an adult woman feels that confusion and helplessness among a group of men who share molestation pleasure with each other about her, the men often laugh. It's a rough bar room laughter shared between them and which isolates the woman out as an object they've conquered.

Have you been there? Do you know this feeling?

Please come out from your protective symptoms and watch as healthy human beings confront and fight this long term sanctioned abuse of women.  Join the confrontation if you can. Donald Trump may have not only destroyed himself as a candidate.  He also may have led, through no desire of his own, a real turning point in how women are viewed and treated in our country. He may have opened the door to real healing, safety and respect for all of us.


How to help yourself now

3.         Writer your indignation to the press and on social media

10.       Don’t let the bullies get you down – not anymore. Come out.  You have friends and supporters now. Stand tall and free.

Yes!!!!! Fathers of daughters may feel insulted, but fathers of sons can fix the problem

Opinion piece in New York Times. This is how healing our society takes hold.

“Don’t sexually assault women” (or, for that matter, “Don’t get a girl pregnant”) is an awfully low bar for acceptable behavior. It does little to address the complexity of boys’ lives, the presumption of their always-down-for-it sexuality, the threat of being called a “pussy” if you won’t grab one, the collusion that comes with keeping quiet. Boys need continuing, serious guidance about sexual ethics, reciprocity, respect. Rather than silence or swagger, they need models of masculinity that are not grounded in domination or aggression.

0 # deborah hirshland — Guest 2016-10-11 13:37
Wow! what an eye-opening and empowering piece. Yes, i have also had neck pain and a basic blues this past week. I am upset, scared for the country and at the same time, relieved that this kind of sexist slander and disrespect is now at the forefront of our national conversation. i've suffered countless times from this kind of thing...ive lost jobs, been grabbed, been subject to humiliation. I really cant tell you how many times it's happened... thanks for writing this and i hope people share everywhere they can!

-1 # Well.. — Guest 2016-11-01 23:45
Honestly Hillary Clinton's campaign has caused me much more anxiety and stress than the thought of Trump becoming president. neither are good choices, but Hillary is a danger to our countries safety and well being. I can get therapy for ptsd if needed- but a therapist won't do me or my children much good when our country is overwhelmed with terrorism, a loss of second amendment rights, and a movement that is placing fear in our men in blue to defend the citizens of this country from crime. I see you are passionately hateful towards anything Trump. He may be a lot of things, but he's not a traitor or criminal that feared the FBI director out of a charge. I'm a woman who has a sexual abuse history. He doesn't traumatized me at all. seriously. But she scares the hell out of me and I fear for our country if she is elected.

Yes, we differ. But please know, I don't passionately hate anyone.

My greatest concern now, regardless of election outcome, is finding the path that will bridge us, heal us and make peace between all of us.

0 # November 8 — Guest 2016-11-23 11:07
I am a (mostly) recovering bulimic and my last binge/purge was the day after the election. Coincidence? Probably not. Working on self-care, balance and mindfulness now more than ever in the new world we find ourself in.

I would add that courage and determination to follow your own heart are necessary now and always. And we can't do this unless we move into a stable recovery.

Brava! I hope you write again and let us know how you are doing.

We have 26 guests and no members online

Trump Campaign may trigger your PTSD symptoms and your eating disorder