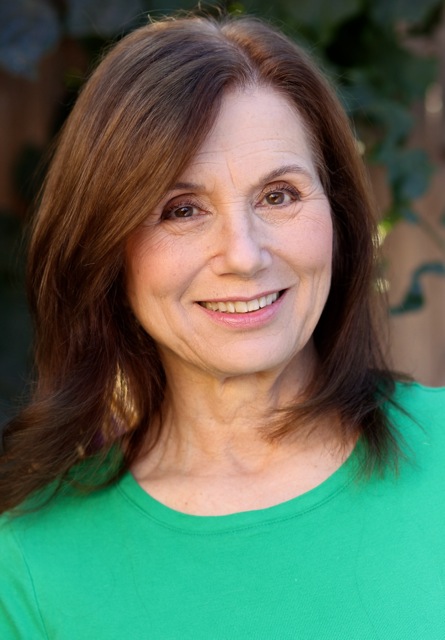 This profile of Joanna Poppink was published as part of Revlon’s “Love is On” 2016 Million Dollar Challenge, which highlighted inspiring change makers around the world and raised money for select charities. written by Jonah Weiss

You can describe Joanna Poppink in different ways — therapist, author, naturalist, essayist — but they’re all aspects of the same holistic project of her life’s work: helping women understand and overcome eating disorders.
Since founding her private Los Angeles practice in 1981, Poppink has been a pioneer in bringing bulimia and other eating disorders into public (and clinical) light and developing effective treatment strategies.


Poppink first experienced her own eating disorder at age 13, alone in a hotel bathroom. “That was the first time I binged and purged as a way to eat a lot of sweets while also keeping slim,” says Poppink. She continued suffering the illusion of what she calls the bulimia “trick” for decades.

When she became a psychotherapist, Poppinnk turned to 12-step programs and psychoanalysis to overcome the disorder. But none were tailored to the problem. “Back then there was no diagnosis for eating disorder,” says Poppink. “The behavior was kept secret and was mostly unknown in the culture.”

During her 12-step meetings, Poppink began to gain an understanding for the varieties of eating disorders. She also noticed a common thread: despair. It was something that she knew well. Her ability to empathize with despair allowed her to help other women who sought her help. Slowly, she became something of a specialist.

“I didn't seek out an eating disorder specialization,” says Poppink. “As I worked with patients, periodically one would reveal, unintentionally, eating and thinking patterns that I knew were part of an eating disorder constellation. Those patients responded gratefully to my understanding. Gradually more people with eating disorders entered my practice. I could help some of them, but not all.”

Based on her experience and those of her patients, in the early 90s Poppink wrote a self-help workbook called “Triumphant Journey: a Guide to Eating Disorder Recovery.” Its goals were to let women know they weren’t alone, and that there were ways they could help themselves — when their therapists and doctors didn't understand. She published it in a local newsprint magazine, unaware of its impact until one afternoon when she saw it firsthand.

“I was sitting on a bench by a window at the Good Earth restaurant,” remembers Poppink. “The woman sitting next to me was reading intently. I saw she was tearing up, reading ‘Triumphant Journey.’

Her deep concentration on words I’d written from hard won experience stayed with me forever.

Knowing I can help people I may never meet short circuit their eating disorder and heal body, mind and spirit — that’s why I do eating disorder recovery work. It gives meaning and value to my lonely years living with bulimia.”

When Poppink’s workbook was reprinted in Self Help and Psychology magazines, her reputation and demand quickly took off. In 2011, she distilled the lessons from her years of working with eating disorders into a well-received book, Healing Your Hungry Heart: Recovering from Your Eating Disorder.

Poppink says she’s witnessed society make progress in recognizing eating disorders and their causes, but much remains to be done. “Every attitude and belief about eating disorders, from the ignorant and judgmental, to the empathetic and therapeutically competent, all co-exist today,” she says.

“The ignorant point of view asserts that people with eating disorders are vain, selfish, self absorbed and unwilling to gain or lose the weight the culture deems appropriate for cultural standards.

"A more dangerous point of view sees an eating disorder as a dietary aid that contributes to a woman’s beauty regime. If the woman looks good according to cultural standards, theeating disorder may be minimized or even applauded.”

The big factor in countering these misconceptions, and the impact they have on girls and women, is education. Poppink works to heighten awareness about the social context of eating disorders, the pain of suffering them, and the treatment required for recovery. Among the issues at the center of her effort is understanding and countering low self-esteem.

As she works on her second book, Poppink receives a steady flow of fan mail from around the world. Recently, a woman contacted her from Romania, where treatment is unavailable. Poppink helped her establish a support group and provided her with workbooks to guide a group for her and her friends.

In her private office — where patients wait to see her in her home garden full of fragrant honeysuckle and bougainvillea — Poppink sees a wide spectrum of eating disorders, and works to untangle the common threads connecting them.

“I see ‘Barbies’ turn into vibrant women. I see drudges turn into graceful and powerful champions,” she says. “I'm inspired by every woman who rallies the strength and courage to walk into my office and do the required recovery work. Seeing the smiles that come from experiencing joy is my greatest inspiration. Joy comes with recovery.”

Los Angeles eating disorder recovery psychotherapist
310-474-4165
This email address is being protected from spambots. You need JavaScript enabled to view it.

author of Healing Your Hungry Heart: recovering from your eating disorder

We have 33 guests and no members online