Women's Fear of Fat is Reasonable in This Culture: Let's Change That 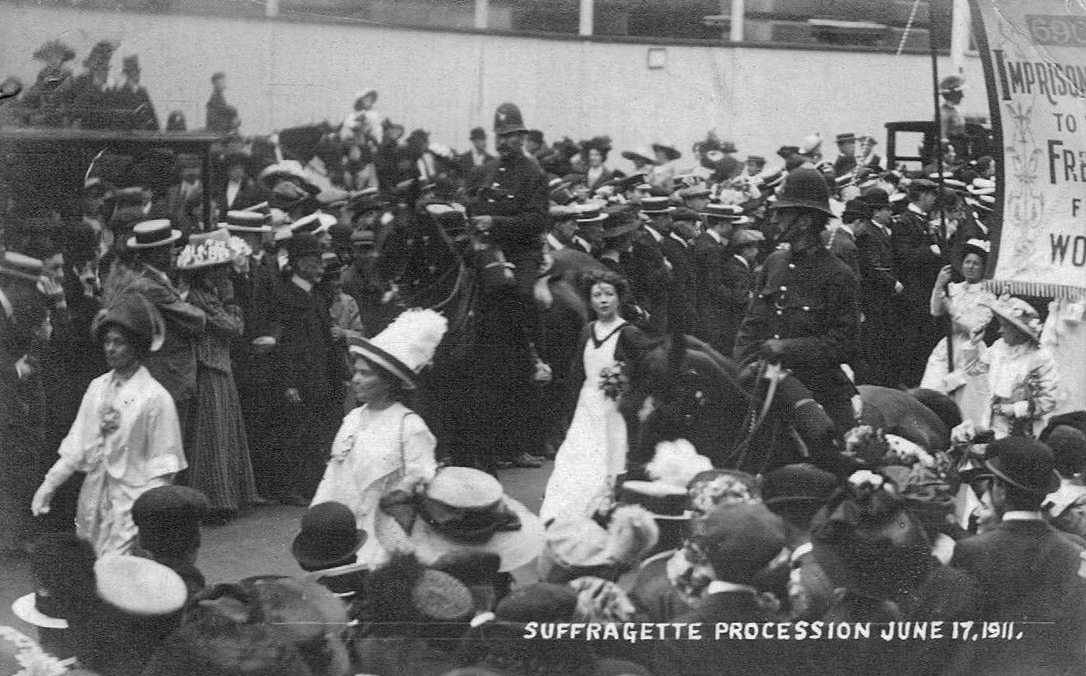 My point about fear of fat not being a "subclinical issues" in healthy women (see Women are Human Beings, Not Symptoms) just got confirmed with this new article from Medscape Blogs, "Weight Bias on the Ballot," written by Rebecca Puhl.

pix* Brave Suffragettes marching for women's dignity, respect and equality. Woman can vote because of their courage and determination

Sadly but not surprisingly

..."obese female candidates were rated the worst on their leadership qualities compared to all other candidates.  In contrast, obese males fared   better –even better than non-obese males, and this finding remained even after controlling for political beliefs and demographics of participants."

Ms. Puhl concludes, and I quite agree, that

"The fact that weight bias exists for obese female political candidates, but not males (where a larger body size may even be beneficial) shows the layers of both gender bias and weight bias that are at play here in very unfair ways."

So what is to be done?  Crying, "It's not fair," didn't work on the playground when we were children, and it doesn't work now. Some situations that are not fair eventually reach the court system where a judge rules what is fair and what is not.  But equal pay for equal work hasn't happened yet.  And how can law possibly rule on what goes on in an individual mind?

We can pass laws that make nasty or destructive behavior toward another person a punishable crime.  But we can't pass laws that change actual beliefs and perceptions.

Does this mean that if a woman wants to run for political office she has to be smart, dedicated, influential, Harvard educated with a high grade point, have terrific references and a low BMI?  Does she have to consider her weight and height ratio as or more important than her experience and intellectual qualities and her passion for her political agenda?  It looks that way right now.

As I see it, as an eating disorder recovery psychotherapist, dealing with food, weight and self esteem issues every day, women have a list of challenges. Here are some solutions.

And don't run to an eating disorder to save you from the challenges women need to face today.  Eating disorders only make the situation for all women worse.  Step out of the eating disorder and into the fray. The Suffragettes did a lot, God bless them, but they didn't do it all.  We have work to do for ourselves and our daughters.  And by the way, men will benefit too. Body image stigma is just as bad as any racial prejudice and just as threatening to democracy. Women need to take inspiration from the Suffragettes and unite to empower themselves in freedom and dignity regardless of size or shape.

pix* Postcard of a Suffragette procession of 1911. Printed by H. Searjent of Ladbroke Grove, London. This media file is in the public domain in the United States.

We have 47 guests and no members online

Women's Fear of Fat is Reasonable in This Culture: Let's Change That